Median price per square foot condos in Montreal is at $ 304 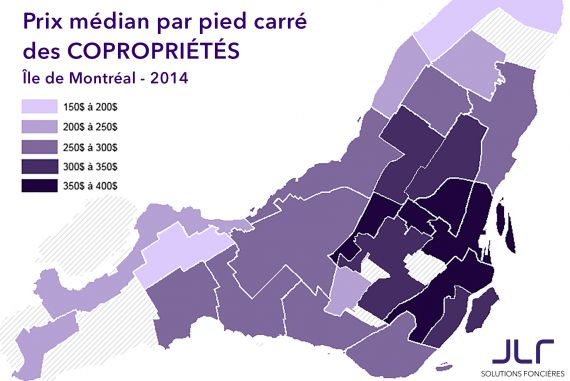 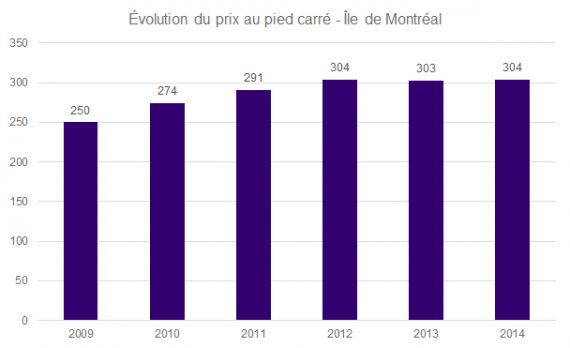 An offer that believes more than demand

The stabilization of prices in nominal terms is actually a decrease in real terms prices (considering inflation). In fact, over the past two years, the offer seems to have grown more rapidly than demand, so times have lengthened resale and the price increase was held back.

This is a trend that does not seem to be reversed in the short and medium term. As we know, the market for new construction is continuously compete with the resale. However, in late 2014 figures show that there were 2,851 new condominiums completed and unabsorbed in the Montreal CMA, 39% (1) more than the previous year. This greater supply of new properties making and make the difficult resale in 2015.

In addition to the large amount of unabsorbed always condominiums, the number of housing starts also rose in 2014, especially in the city center, therefore the offer is expected to remain high for some time.

However, CMHC expects a decline in starts of 14% in 2015 in the Montreal CMA, which could allow a slowing of the progression of supply and help the resale market for condominiums in 2016 (2 )

Among the districts and cities of the island of Montreal where it was possible to calculate the price per square foot include 1st among the most expensive: Ville-Marie ($ 388 / ft2), 2nd place: Mount Royal ($ 381 / ft2) and to complete the podium in 3rd place include: Outremont ($ 381 / ft2). At the bottom of the list is Dollard-des-Ormeaux ($ 176 / ft2). Westmount have been among the most expensive cities, but an insufficient number of transactions in 2014 prevented the calculation of a representative value.

The median price ft2 decreased slightly compared to last year in many parts of Montreal. This is in Dollard-des-Ormeaux the decline was most pronounced with -6%. The largest increases occurred in Villeray / Saint-Michel / Parc-Extension and Mont-Royal (4%).

What is the size of condominiums?

The median size of condominiums sold in 2014 in the Greater Montreal was 942 ft2. The median sizes were larger in Mont-Royal (1355 ft2), while the smallest were in Villeray / Saint-Michel / Parc-Extension (766 ft2).

For details of the island of Montreal, visit the complete study of JLR.

* Statistics from JLR based on all types of sales (broker, particular, contractor). Some non-representative sales are excluded in order to obtain reliable statistics. For specific resales statistics, sales of new properties have been carefully filtered, however, it is possible that some properties were incorrectly identified.